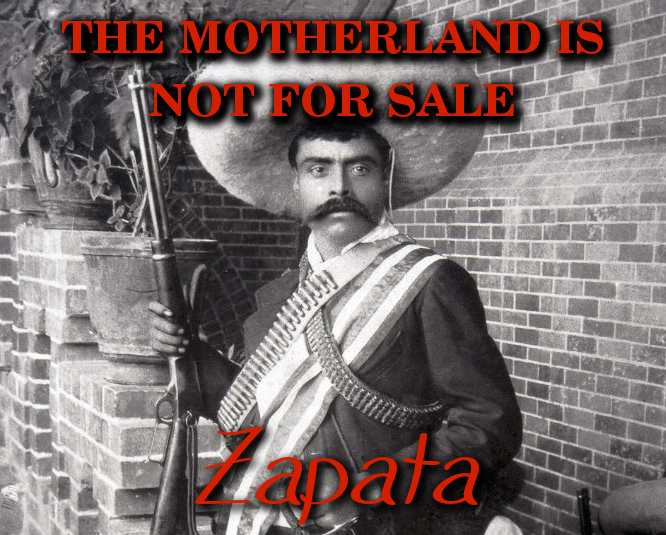 Manifest Destiny and... All of Mexico?

No law-abiding country invades another free and sovereign country to make a legitimate deal.
Anybody who believes that Mexico sold half its territory to the United States is a fool that needs to learn history.

We don't want your money.
We never have.
All we want is for you to respect our right
to be free and live in peace with all our brothers and sisters,
prosper and be happy in our land,
the land that God gave us
and that you unjustly stole from us.

Respect God's will
and accept it with love and humility
so that you may also be happy.

"The practice of separating families amounts
to arbitrary and unlawful interference in family life,
and is a serious violation of the rights of the child."
- Ravina Shamdasani
UN Human Rights Office Spokesperson
The U.S. government wants to separate children from their parents, which is a clear violation of international human rights laws, just like when it used to separate our Native American children from their mothers and their families to torture them and kill their spirit... Probably Attorney General Jeff Sessions "does not recall." He wants to talk about "lawlessness"? Those poor people are not the illegal ones here, they have not "invaded" or "stampeded" this land. This is THEIR land; the land that you stole from them by force, and that my Father gave back to me. This is not the Trump era ("America First", "Make America Great Again"); it never has, and it never will. Do not be mistaken. Only God is Great. He is the "First and the Last, the Beginning and the End." He is the "Alpha and the Omega." (Revelation 22:13)