Malaria:
The Largest Killer of Children 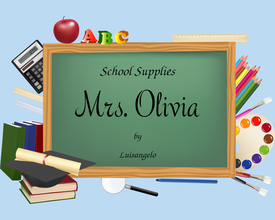 First Aid Kit Included
Malaria is the largest killer of children.  It kills one child every 30 seconds, about 3000 children every day. Over one million people die from malaria each year, mostly children under five years of age, with 90 per cent of malaria cases occurring in Sub-Saharan Africa. (UNICEF)

A heavy disease burden
An estimated 300-600 million people suffer from malaria each year. More than 40 percent of the world’s population lives in malaria-risk areas. Malaria is particularly damaging to pregnant women and their unborn children. It can result in maternal anemia and low birth weight - the single greatest risk factor for death during the first months of life.

A barrier to development
Malaria hampers children's schooling and social development. Many children who survive a serious attack of malaria develop physical and mental impairment. Malaria is a major cause of poverty. The cost of malaria control and treatment drains African economies, slowing economic growth by about 1.3 per cent a year. Its prevention is an important part of poverty reduction and economic development.

THE CHALLENGES
Drug-resistance
Low cost, commonly used therapies are increasingly ineffective. In many parts of Africa, 70 per cent of malaria cases are resistant to cheap existing antimalarials such as chloroquine and sulphadoxine-pyrimethamine.

Bednet use
The use of insecticide-treated bed-nets can reduce malaria illness by 50 per cent in areas of high transmission, yet fewer than 5 per cent of African children sleep under a net.